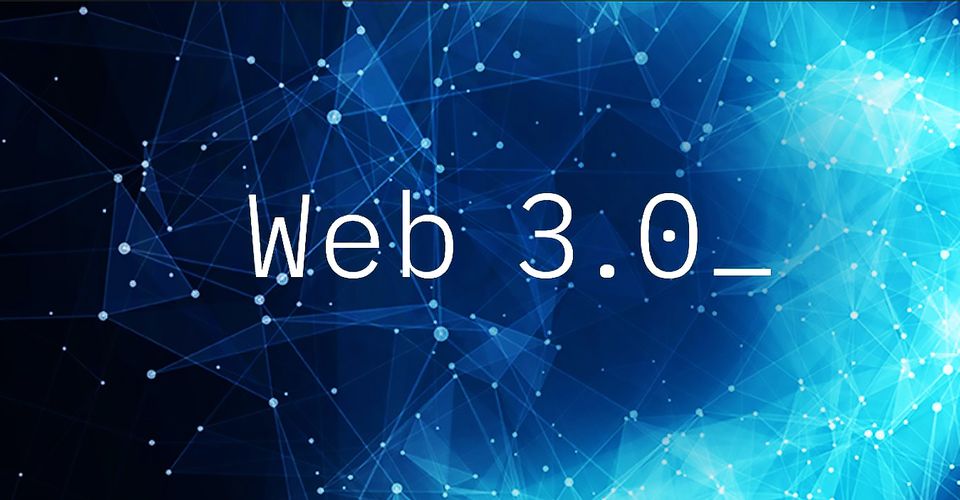 However, while the Internet is still the primary force behind digital transformation, its scope of application has expanded significantly. Over the past twenty years since the Internet’s inception, centralized power and widespread monitoring have steadily increased. The result is that institutions designed to benefit everyone still primarily help big businesses, governments, and the media. This is where the Web 2.0 ecosystem we’re currently living in fails.

Users’ data and actions are treated as commodities in the modern online economy. The control that large entities have over our personal information is cause for concern, even if we can’t hold them responsible for the role they play in our daily lives. “for people who want to make sure the Web serves humanity,” said Internet pioneer Tim Berners-Lee, “we have to worry about what people are building on top of it.”

This very feeling propels the Web 3.0 paradigm shift. This movement isn’t just about blockchain; while that’s where it might start, the initiative itself is much bigger. Web 3.0 focuses on decentralizing systems to safeguard personal data and assets. However, what does this look like in practice, and what are the possible consequences? This article will discuss how the introduction of Web 3.0 is changing traditional business models and how the Internet has changed over time.

The Evolution of Web Infrastructure

When the World Wide Web first launched, users were limited to reading and searching for content using basic “read-only” technology. Web 1.0 was designed with advertising as an online extension of shop windows. With the advent of “read-write” functionality, Web 2.0 users have much more leeway in content creation and interaction with the Internet. This framework has been instrumental in shaping business strategies worldwide by enabling social media, blogs, and online reviews to flourish at an unprecedented rate.

As was previously mentioned, however, this period of brisk expansion has not been effect-free. As web surveillance fuels profitable data collection, consumer protections continue to take a back seat to corporations’ interests. The continuing prevalence of data breaches is a clear manifestation of the drawbacks of this setup. To address these issues, Web 3.0 projects aim to give users more control over their online experiences. However, before diving into the specifics of how this will happen, it’s important to gain an understanding of the features of Web 3.0 that will make this possible.

Web 3.0 defies precise definitions but can be usefully dissected into its parts.

By creating, disseminating, and linking content based on a common understanding of words, the semantic web enhances the functionality of the current Internet. Search, and analysis make use of context rather than keywords and numbers.

Web 3.0 is more interconnected than ever before, thanks to semantic metadata. The user experience can be greatly enhanced by taking advantage of all available data.

Many Web 3.0 sites already make use of 3D layouts. Games, e-commerce, and mapping programs are just a few possible applications.

We have only scratched the surface of what Web 3.0 applications can do, but it is already clear that they have the potential to cause major disruptions. Many people are interested in seeing how decentralized projects disrupting established industries can increase overall profits. Thanks to the rise of decentralized, peer-to-peer platforms, some sectors have begun exploring new funding grounds.

The revenue share model is based on the idea that profit can be used to encourage the development of efficiencies or innovations that benefit all parties involved.

Using this method, you would receive a cut of all business conducted on your platform. A lot of marketplaces and exchanges still use this design. Because they stand to gain the most from a successful sale, sellers typically foot the bill.

Users in this model contribute to a pooled pot that receives income from some external source. One real-world illustration would be a restaurant where the cashier splits the tips equally among the staff. With Web 3.0, a $1 tip at a coffee shop could be distributed to all parties involved in the supply chain for that cup of joe with almost no additional overhead.

Tokens for a project can be sold simultaneously or gradually during an ICO. Many different initial coin offering (ICO) models exist, and a wide variety of tokens can be used by businesses to raise capital.

Business models that sell ERC-20 tokens in installments, as opposed to all at once, are known as Continuous Funding Models.

An approach to continuous funding called “Curved Bonding” provides incentives for initial capital expenditures. Such models hardcode purchase prices by an algorithmic curve, in contrast to traditional ERC-20 token sales and ICOs, where each token is sold for the same price (regardless of the time of purchase). Buyers who act quickly can acquire a larger number of tokens for the same cost as those who wait. Last, Curved Bonding encourages early adopters to put money into a token.

Establishing a Decentralized Autonomous Trust is a defining characteristic of a sustainable organization (DAT). This trust is a blockchain-based, immutable smart contract that uses curve bonding to generate, destroy, and disperse FAIR securities, also known as security tokens. Businesses add significant value by rerouting some or all of their cash flows into the trust.

In blockchain terminology, a “sidechain” is a secondary chain that can be attached to the main chain in two ways. The model allows for the transfer of assets to a separate chain and then back to the main chain. However, there must be miners for sidechains as well. Merged mining provides an incentive for these miners by allowing them to mine two different cryptocurrencies using the same algorithm simultaneously.

A state channel is a communication line between two parties who wish to conduct business with one another. In this case, only the result must be recorded as a single transaction on the main chain. The off-chain is where the other transactions take place.

The Path Forward for Internet Architecture

Blockchain technology will continue to be an important part of the Internet’s backbone as long as the evolution of Web 3.0 continues. Although the Internet continues to have far-reaching positive effects, user autonomy is still important to many people. Many people are starting to question the status quo now that centralized institutions and governments have so much power over private information.

Those who venture into this new web area will be in a prime position to capitalize on its rising popularity. Using Web3 marketplace development tools, businesses can implement new, potentially fruitful strategies. The new web allows companies of all stripes to abandon less-than-ideal revenue models in favor of more promising alternatives. While progress is being made in many areas, it’s important to remember that even Web 3.0 has a long way to go before it reaches its full potential.