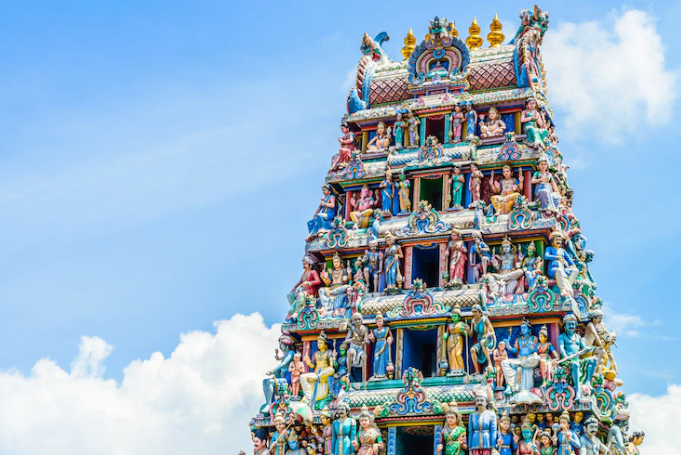 “India is the cradle of the human race…the mother of history, the grandmother of legend, and the great-grandmother of tradition. ” -Mark Toyen

India is like an open book written by God. Had it not been so…the holy river of spiritualism wouldn’t have flown down this blessed land! Someone might take the credit for unraveling it to the world.

But India was there since the human race realized they needed to civilize. It is one of the purest forms of truth that ever exists on this planet. India’s magnetic nature has drawn people since antiquities. The reasons for the arrival might be different, but they never returned empty-handed.

The people of India made it a great land…a thriving civilization. India lives for its culture, ethos, and of course, wonder!

Do you wish to visit the land where people left their possessions in search of the Ultimate truth in life? Visit India! This article can be a basic guide if you want to know about India.

Scholars opine that India has something for everyone irrespective of its economic scenario. Are you among the busiest professionals in the world?

Indians are famous for creating man-made wonders on this planet. Of course, there are many of them, but we would like to select five here so that you have a glimpse of how rich the country is in sharing her thoughts with the world.

The rock-cut monument of the Ajanta and the Ellora was more than 2500 years ago. The former is older than the latter and is the home of rock-cut Buddhist Caves. This cave includes paintings and rock-cut sculptures that evolved in the most exquisite manner possible.

The place was predominantly Buddhist. They constitute ancient monasteries (Chaitya) and worship halls (Viharas). The paintings are of diverse and fascinating subjects like reincarnation and rebirth.

Scholars and pundits of art always found themselves in utter awe when they attempted to describe this seemingly unreal art. The sculpture works bear testimony to the Himalayan peak of mastery and greatness. It’s like the hand of God that carved out life from dead rocks.

Another marvel, a showpiece of pure art in its raw form possible. The once-great temple complies, presents itself in its oldest form possible, and shows the richness of sculpture.

The historical ruins will unquestionably make you proud to be representing the world where. The essential realization that the world is a family will definitely possess you if you come near the temple.

You will find the mention of a fortified city in the tales by Persian and European travelers, particularly. Hampi- Vijayanagar was the second-largest medieval city after Beijing and the richest in India at that time. The fort, the sacred complexes, the shrines, mandapas, and other structures will definitely take you back.

The Khajuraho is known for its marvelous Jain and Hindu temples. The jaw-dropping sculpture work unquestionably bears semblance to the artistic elevation attained by the Indian sculptures.

You will find a wide network of temples, and among the most famous are the Yogini Temple, the Kandariya Mahadeva Temple, the Vishwanath Temple, the Nandi Temple, and others.

You will also be gifted with a light and sound show depicting the Spiritual, Intellectual, and Artistic bounty of the Chandela Dynasty. Khajuraho has its own airport and railway station. So reaching the place won’t be a big problem for you.

This is a major pilgrimage festival in Hinduism. The humongous gathering is celebrated in a cycle of approximately 12 years. Four places in India get the privilege of hosting the largest gathering on earth.

These places are Prayagraj (previously known as Allahabad), Haridwar, Nashik, and Ujjain. People in India believe that taking a dip in the mother Ganga (the Ganges) helps the attainment of Moksha or redemption.

Enthusiasts from across the world come to visit the gathering. It shows that the seekers of the truth, the ultimate, cannot be constricted or limited to one nation, let it give the world, the “mother of religion” (Swami Vivekananda).

The Taj Mahal proudly enlists itself as one of the Seven Wonders of the world. It is the living symbol of love. Millions of tourists from around the world are attracted to the Taj Mahal, the monument representing India.

The white marble mausoleum stands tall and proud on the right side of the Indian city of Agra. History says that the Mumtaz Mahal (another name for the Taj Mahal) was built on the name in honor of queen Mumtaz.

The mausoleum was believed to have been built by emperor Shahjahan. It is believed that around 20000 artisans built this dream-like marvel of love for around ten years. It is believed that the estimated cost of the marvel was around 32 million Indian rupees. The wonder of the world was designated as a UNESCO World Heritage Site in 1983 for being” the Jewel of the Muslim art in India and one of the universally admired masterpieces of the world’s heritage.”

These five form our list, but they are, of course, not the only five. There are more that can easily fit into the list. India has always led when it comes to the arts, science, culture, and business.

It is opined that if you want to take the best of India, you definitely need around three months. But this is quite a long time. So visit India, and you could really be at the top of the world.